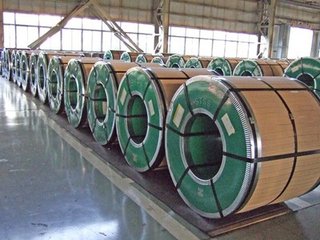 In March 2017, the Indian steel industry achieved an unexpected result a few months ago, with India’s steel exports more than tripling imports in March.

What led to such a huge turning point?

The main reason is that the Indian government decided to protect the domestic steel industry and implemented a series of trade protection measures including MIP and anti-dumping duties on imported steel products. In addition, another important factor is the sharp decline in the export of steel products in China.

Data released by the International Trade Center (ITC) show that from January 2017 onwards, China’s steel exports have dropped at least 25% YoY each month. In the past two years, the export volume of China’s steel products has been declining. The global steel price has picked up gradually from the downward trend. Indian steel enterprises also gained the chance.

Meanwhile, the drop in China’s steel exports helped India open overseas markets, with most of the products in overseas markets coming from China. South Korea, China’s major exporter, from April to June 2017 imported China’s steel products dropped 16% to 3 million tons in the same period of last year, while the steel products exported from Indian to South Korea rose 20% to 630,000 tons YoY in the same period. According to the statistics from the Ministry of Commerce, the volume of steel exports to Vietnam in April-June 2017 decreased by 41% YoY, while the volume of steel exported from Indian to Vietnam surged by 329% over the same period of the previous year.