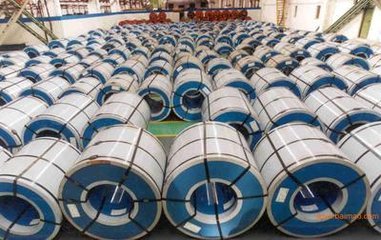 Dalam 1936 Caitu was born in the United States

First used in construction are shutters, rain gear and so on. Originally, the materials were also leaflets, or 2-inch-wide continuous coated coils produced by Amcor Steel company and Hernnex engineering company.

The United States made a process improvement in 1949

After the Second World War, the economic renaissance, industrial and civil buildings increasingly require wide color coated steel. Caitu plate in the construction, automobiles, bekas, equipment’s shell has been widely used. Walau bagaimanapun, the largest amount is still industrial and civil buildings, the proportion of color coated plate used in the United States is about 75%.

Dalam 1969, the output was steadily increasing. In Japan, light-weight and earthquake-resistant color coated steel plate buildings were more popular due to seismic zones, accounting for about 76% of the domestic usage for buildings.